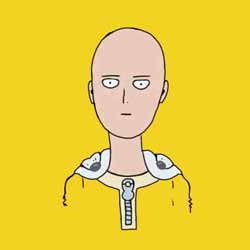 Anime is famous for its imaginative cast of characters. And while it’s true you’re more likely to see its stars sporting boyband bouffants, or flowing pink tresses, there are plenty of bald anime characters, too. Some of which are genuine badasses!

Let me say this: I’m no anime expert, not even close. I’ve seen my share of Ghibli movies and I’ve snapped photos of its giant clock in Tokyo. But I’ve barely scratched animation’s shiny surface.

I am, however, the Professor X of hair falling out. You could even say that I’m the One Punch Man of alopecia…or would that be the One Hair Lady?! Hmm.

LA Says: If you understood that joke, you know more than I did a few days ago. So why write on something I know so little about?? Well, because representations of hair loss in pop culture interest me, and if you check out my post on famous bald characters in film (coming soon!), you’ll know how much it grinds my gears that so many baldies are baddies.

When writing that article, it was brought to my attention by Mr Alopecia (my nerdier other half) that one realm of pop culture isn’t so anti-bald. Turns out, there is a place where bald characters are respected and are, in fact, a force for good. And that’s the world of Japanese anime.

So welcome, my friends, to the 7 most badass baldies of Japanimation.

Ok, so here is a character I did know: Kamjī in Studio Ghibli’s Spirited Away. All of their movies include amazing supporting characters, and Kamajī is no different.

Kamajī, whose name translates as “Boiler Geezer” in the original Japanese, is exactly that: a boiler geezer. His character stocks the boiler room, heating the water that supplies Yubaba’s precious bathhouse.

Rocking a big bushy beard below his shiny bald head, Kamajī’s most defining feature isn’t actually his baldness – rather, his eight spider-like arms make him truly stand out from the crowd. He’s initially a bit of a grump but becomes friendlier over the course of the movie.

LA Says: I noticed that Kamajī’s an expert herbalist, too – which makes me wonder, why couldn’t he conjure up a nice natural remedy for hair loss?!  Come on man, put all those hands to good use! 😉 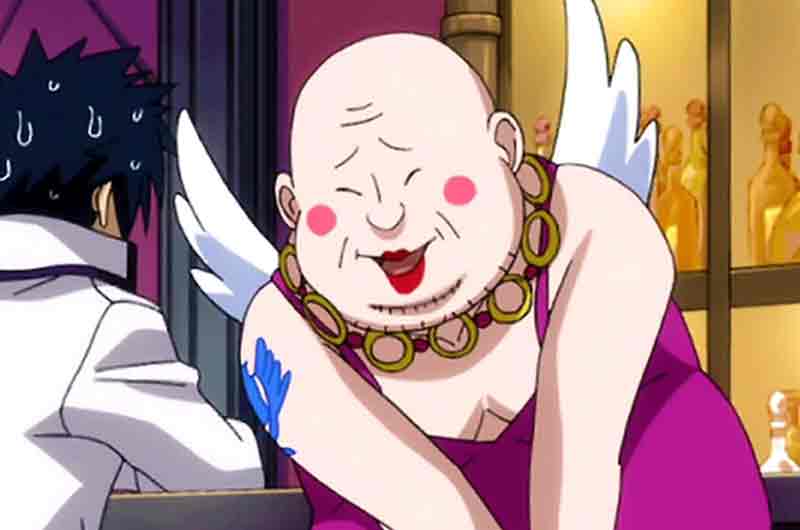 Fairy Tale follows Natsu Dragneel, a member of a wizard guild, as he searches for his missing father Igneel (who just so happens to be a dragon). Pretty standard so far.

Along the way, Natsu and his friends encounter many wonderful characters – one of whom is Guild Master Bob. A bald, elderly – and quite flirty – transvestite.

Ok, so it may not be the most progressive depiction of an LGBT character ever depicted on screen. But Bob is, in my opinion, a badass baldie of anime nonetheless. Because he’s loyal, has a moral code and a fairly “out there” fashion style. What’s not to like?!

LA Says: I haven’t been to a Japanese music festival (yet!) but I reckon this would make a great costume for Lady Alopecia if I did. Fluttery wings? Yes, please.

Sporting a bald head, save for one lock of blond hair, plus no eyebrows? I’m pretty sure Alex from Fullmetal Alchemist has Alopecia Universalis. Or he’s on his way there.

What I love about Alex is that, despite his ridiculously masculine psychique (he’s basically the definition of a muscle mountain), he’s a big hugger – and he loves to tell his friends how much he adores them! Talk about being in touch with your sensitive side. Maybe his alopecia made him as self-aware as it did for these famous people with alopecia. Go, Alex!

LA Says: I read somewhere that this bald beefcake was voted one of the “most heartwarming huggers” in all of anime. The fact that this category even exists makes me want to watch a whole lot more anime. 😉 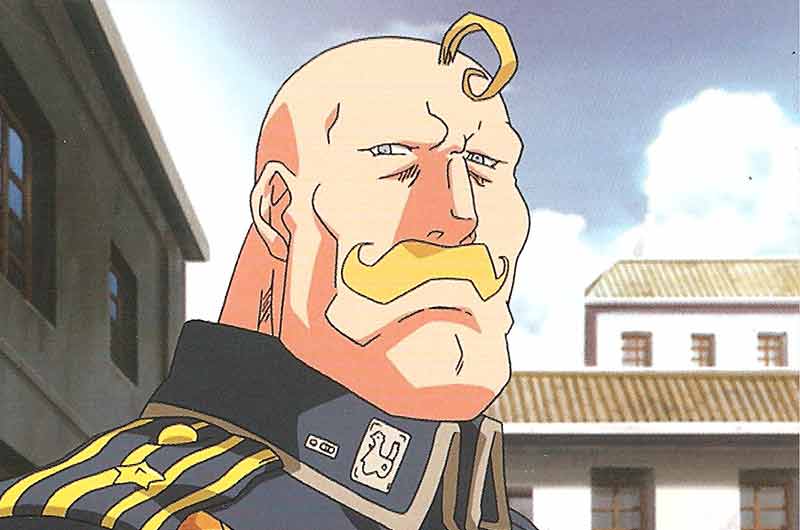 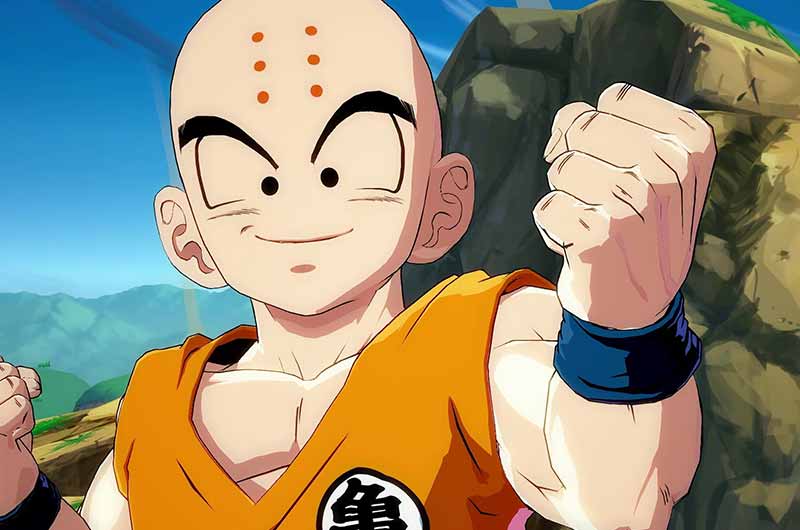 Dragon Ball Z features so many bald characters, I wonder whether all its writing team are alopecians. (If so, way to represent!) There’s Master Roshi, Tien Shinhan, Piccolo, Nappa and a lot more. But Krillin is the best.

Who is he? Well, Krillin is Goku’s lifelong best friend – Goku being the protagonist – who was brought into the show for some much-needed comic relief. Like Aang from Airbender, Krilian isn’t naturally bald; he shaves his head because he was trained as a monk.

His name in the original Japanese is Kurinrin, which can be translated as “small and round”. Which is most likely a reference to his shiny noggin.

LA Says: Fun fact: Not only does Krillin lack hair, he also lacks a nose. Tough break, Krillin. I still love you!

Despite being just a supporting character in Bleach, Ikkaku Madarame has a loyal fanbase – mainly because he’s such a badass. The battle-loving Soul Reaper loves a good scrap, so much so that he often limits his power by hiding his bankai, just so he can draw out the fight for longer. Ouch.

Still, even a tough guy like Ikkaku gets subjected to insults over his appearance. Yachiru Kusajishi, the lieutenant of the 11th Division, often refers to him as “cue ball”. (Yep, I’ve gotten that one, too. Thanks, Mr Alopecia!)

LA Says: If I’m honest, Ikkaku hasn’t exactly come to terms with his lack of hair. In one scene, when he’s teased by Ichigo’s classmates for his shiny dome, he threatens one guy with a wooden sword and declares: “I’m not bald”! (Which isn’t actually true. He is bald. Very bald.) Maybe he’ll read this post and decide it’s cool to be bald, after all. One can hope. 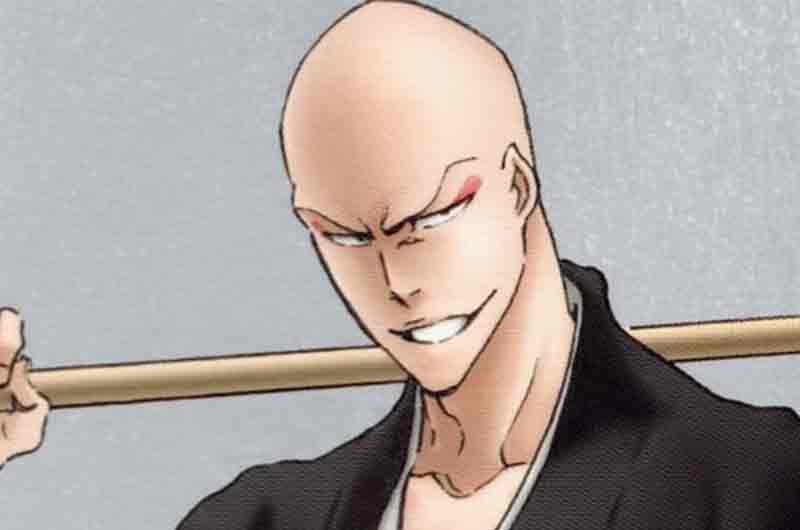 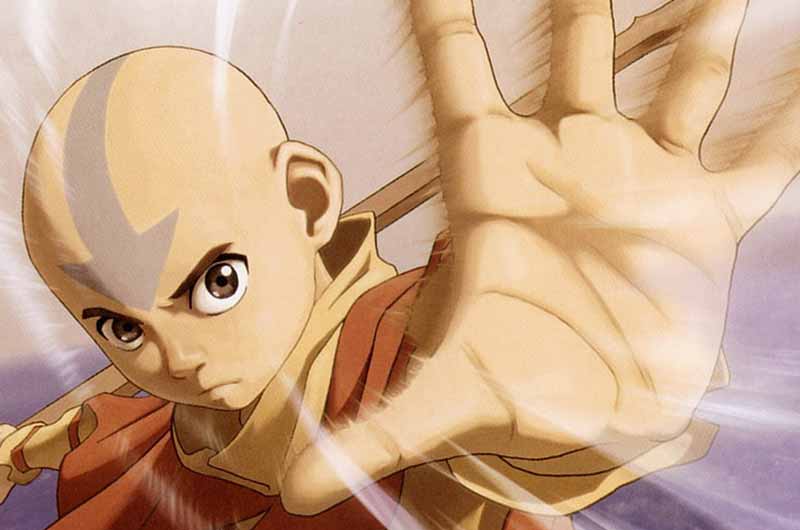 Aang in Avatar: The Last Airbender

Aged just 12 years old and being completely bald is something many young alopecians know all too well.

Being the only person in the world with the ability to master all four elements (air, water, earth and fire) and prophesied to restore the balance thrown off by the imperialist Fire Nation, however, is not! And that’s what Aang in Avatar: The Last Airbender has to contend with.

Ok, so strictly speaking, Aang is actually 112 at the start of Avatar – but being frozen in ice for a century doesn’t really count!

I hesitated to put Aang on this list as technically he isn’t bald. He shaves what grows naturally from his noggin. As a monk, he does what monks do across the world and whips his hair off to show his commitment to the monastic, spiritual life and to discourage vanity. But I still like his style.

Saitama in One Punch Man

This guy is so far in 1st place, he’s the entire reason I wrote this post! The best baldie in all of anime is Saitama, or “One Punch Man” from the eponymous TV show.

Apart from his pugilistic potency, Saitama is also a master of stoic philosophy – he must read a lot of Seneca. Because no matter how much his villainous opponents try to rile him up, all they get in return is a deadpan putdown…and then put down with one punch. (See what I did there? Ha.)

Backstory time: Apparently, everyman Saitama trained so hard that his hair fell out.

I wish that was my excuse! At least I’d be in better shape. 😉

Saitama’s routine of 100 push-ups, 100 sit-ups, 100 squats and a 10km run every day for three years saw his body evolve into an unbeatable fighting machine. Albeit a hair-free one.

Now of course, Saitama isn’t real – however, there is a potential nugget of science behind his exercise-induced alopecia. And it concerns DHT – that’s the androgen hormone dihydrotestosterone for those who’ve arrived here from the non-alopecia, non-hair loss world.

The release of DHT has been linked to baldness, which is why so many anti-balding, DHT-blocking shampoos exist. There’s also a positive correlation between exercise and DHT. The more exercise you do, the more DHT the body releases. So voilà, Saitiama’s exercise regime and his hair falling out makes perfect sense. Sort of. Kind of.. 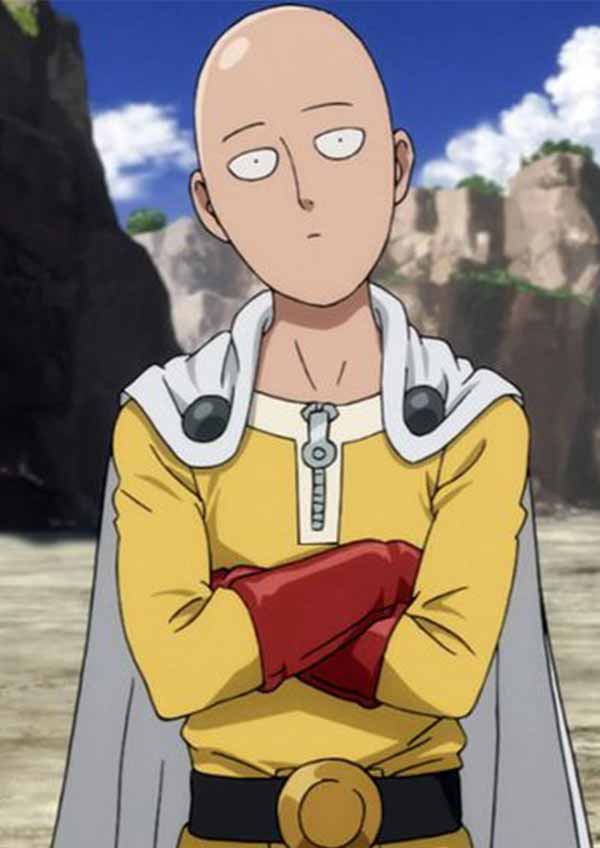 Hey anime! Where are all the ladies?

Ok, so while it’s great that anime has such a good roster of badass bald characters, I have to ask: Where my girlz at?! Come on, anime. And while you’re at it, where’s the Lady Alopecia character?! (Hint, ahem, hint.)

I trawled the annals of anime and I found one bald female character of note. One measly bald girl! Although she isn’t actually that measly – quite the opposite, in fact. Step forward, the mighty Mahoja from D.Gray-Man!

Now, Mahoja doesn’t feature heavily in D.Gray Man but her appearance, while short, is impressive. She doesn’t let the hair-free lady team down!

Well done Mahoja, you are a bald anime badass. Your fellow follically challenged females salute you. (Even if you do die off pretty quickly. Oops, spoiler!)

Ok, so my final character doesn’t come from Japan. So she doesn’t count as anime. Plus, she isn’t truly bald – but I couldn’t finish any list of bald cartoon characters without mentioning my girl TG. 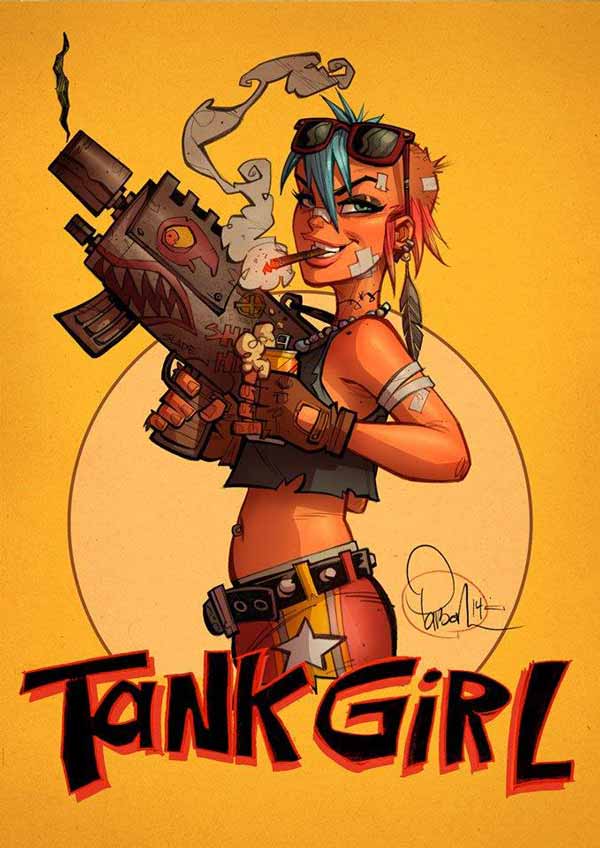 One of the most badass comic book characters of all time – and a hair-spiration to all ladies out there with non-typical hair – is Jamie Hewlett’s punk Tank Girl.

If the design of her character looks a little familiar it might be because Jamie Hewlett followed up Tank Girl with (among many other things) creating the characters within the band Gorillaz.

A 90s counter-culture icon, Tank Girl is a tank driver, bounty hunter, outlaw, collector of novelty pencil sharpeners and is sexually involved with her mutant kangaroo boyfriend Booga. I can’t believe how much we have in common. 😉

It’s safe to say that Tank Girl isn’t your average hero. And while she’s not bald-bald, she is definitely not “hair-normal”.

That’s why Tank Girl is a serious inspiration for anyone like me, those with the kind of hair you don’t see in fashion magazines. Yasss, queen!

LA Says: Oh, and if you happen to come across a TG movie from 1995, do yourself a favour and steer clear. It’s bad. Very, very bad. But fear not: Margot Robbie of Harley Quinn (and Neighbours) fame has just optioned the rights for a remake. Nice one.

In conclusion: Bald is badass

Even with the distinct lack of hair-free ladies in anime, overall, Japanese animation has a much healthier attitude toward baldness than Tinseltown. Which, as a bald lady, I very much appreciate. So a big arigatou gozaimasu to Japanese animators. Now get to work on that Lady Alopecia character and I’ll be delighted. 🙂

I’m Emma – a bald optimist who’s had alopecia for 20 years – here to inform, advise and hopefully empower people like me. FYI: What I’m not is a doctor. Any advice I give is based on my own research and personal experiences with alopecia.  I also participate in a couple of affiliate programs, check out my disclaimer page for info on that.

Copyright © 2020, Lady Alopecia. All rights reserved.
Important – By using this website, you promise not to steal stuff. Thank you kindly.

Join the gang and receive semi-regular news and joy from someone with very irregular hair.